The Canal over the years has had a change of identity on several occasions from carp to silvers only, but throughout it continues to be a pole anglers delight.

Recently it changed from a 100 peg venue reducing down to 20 or so fabulous canal style water. There are plenty a few smaller Carp, but mostly silvers in the Snake - Chub, Bream, Tench, Barbel and Roach.

The Canal or Snake as it has become known is designed for pole anglers varying from 9 – 14 meter’s wide and winds through our beautiful farm from close to the Mickey Mouse down past the golf course, to the Stock pool.

Its a beautiful venue, with lots of key and special features. Its extremely quiet and peaceful too, with fantastic wildlife sharing the surroundings.

Its ideal for pole anglers who like to fish canal stretches in comfort.

We aren’t a carp obsessed fishery by any means and like to enjoy great all round fishing with beautiful scenery. The snake is a venue that we are really proud of and have spent a great deal of time and effort to get it to its high standard today.

All the pegs are concrete platforms so its perfect to position yourself comfortably. The snake isn’t deep, merely 3 feet in the middle. The far bank isn’t pegged so fishing with a pole against features is perfect. The trees and greenery looks splendid throughout the year and you’d be unlucky not to see the Kingfisher family at some time or another sitting quietly down the Snake.

One of our regular long standing guests is Mr Barry Smith who is a dear friend to the family. Barry is one of finest silver fishermen that comes to Docklow. He should be good, as he’s been coming down since the early 80’s. Here is his ideas of how to fish for silvers not only on the snake but the other lakes at Docklow.

Fishing for Silvers at Docklow Pools

This is the way I catch silver fish at Docklow Pools. It is not a definitive way of catching, just my way. There are four pools which I fish for silver fish on a regular basis. This does not mean that the others have no ‘silver fish’ potential, just my personal choice. They are in order of preference, Snake, Moby, Day Ticket (Mickey Mouse) and Match Pool.

The Snake has ide, roach, tench, chub, perch, skimmers and crucian carp. There are very few carp in the Snake but plenty in all the other pools. Best winter pegs 25 to 37. During the summer fish can be caught from any where. Match weight I would expect 25+lb. to win, at least 15lb to frame.

The Moby is absolutely full of roach, with rudd,, skimmers and chub. During the winter when frozen there is an area near the car park where the inlet from the Day Ticket appears and does not freeze. In summer all swims produce. Not normally fished in matches but would hope for 30+lb. but could be up to 70lb.

The Day Ticket has every thing from big roach, perch, skimmers, crucian carp and chub to rudd and tench. Match weights 30-40lb. but have been over 60lb. Best weights around ‘the stumps’, but also the bottom bowl. The Match Pool has lots of roach, tench, chub, skimmers and perch but on a smaller size and also big chub. Match weights to 25+lb. Best winter Pegs to produce 12 to 25, but in summer anywhere.

I would normally only fish the pole. Rigs being ‘Mark Pollard’ 5×10, Preston Power line 13 or 11mm to 10 or 8mm hook length, size 18 or 20 red maggot hook. Shotting being either bulk if fishing low, or shirt button if fishing up in the water. I use Preston stotts which are much friendlier to put on if you have large fingers .Using no.6 latex elastic also gives a chance of any carp hooked being landed rather than leaving hooks in them.

Bait, red maggot or caster, with worm occasionally if struggling for bites when potting in any loose feed. Silvers are also caught on sweetcorn and small bits of meat. Remember that blood worm, ground bait and pellets are not allowed.

Most Pegs are around 4’ deep. For roach, chub, perch etc. I start with two swims 4 pole sections out, 10 o’clock and two o’clock and a swim at 12 o’clock at 9 – 11m for skimmers. Start by fishing 2” off the bottom. Then depending on bites come up in the water. I then decide whether to pot in or catapult any loose feed. Potting in, if only a few fish show, should also keep the fish nearer the bottom. Catapulting, if more fish show, will also bring the fish up in the water. One thing to be aware of is too much worm can attract the carp. The skimmers seem to be caught further out at 9m +. If the fish are at 18” to 12” deep, change the rig for a ‘dibber’ float. If they are at the surface (6”) the rig would be changed for a ‘polly ball’ which can act as a bolt rig. I keep the hook bait moving by lifting any thing between 1” and re-dropping in again. It all depends on bites. If you can only get bites by dropping in again, means the fish are probably higher in the water than you are fishing, ie. taking it on the drop.

Inspiration for my methods from the late Derek Aston, Grant Albert , Des Shipp, and others who wish to be nameless. Articles regarding fishing for silvers, can be found in July 2004 Advanced Pole Fishing, Improve Your Course Fishing issues 214 & 215 November & December 2008, Match Fishing January 2008. I know that Kieron Rich has done one and Grant Albert did an absolutely brilliant one on The Moby, but cannot remember in which magazines. Any way as they say tight lines, but not as tight as mine. 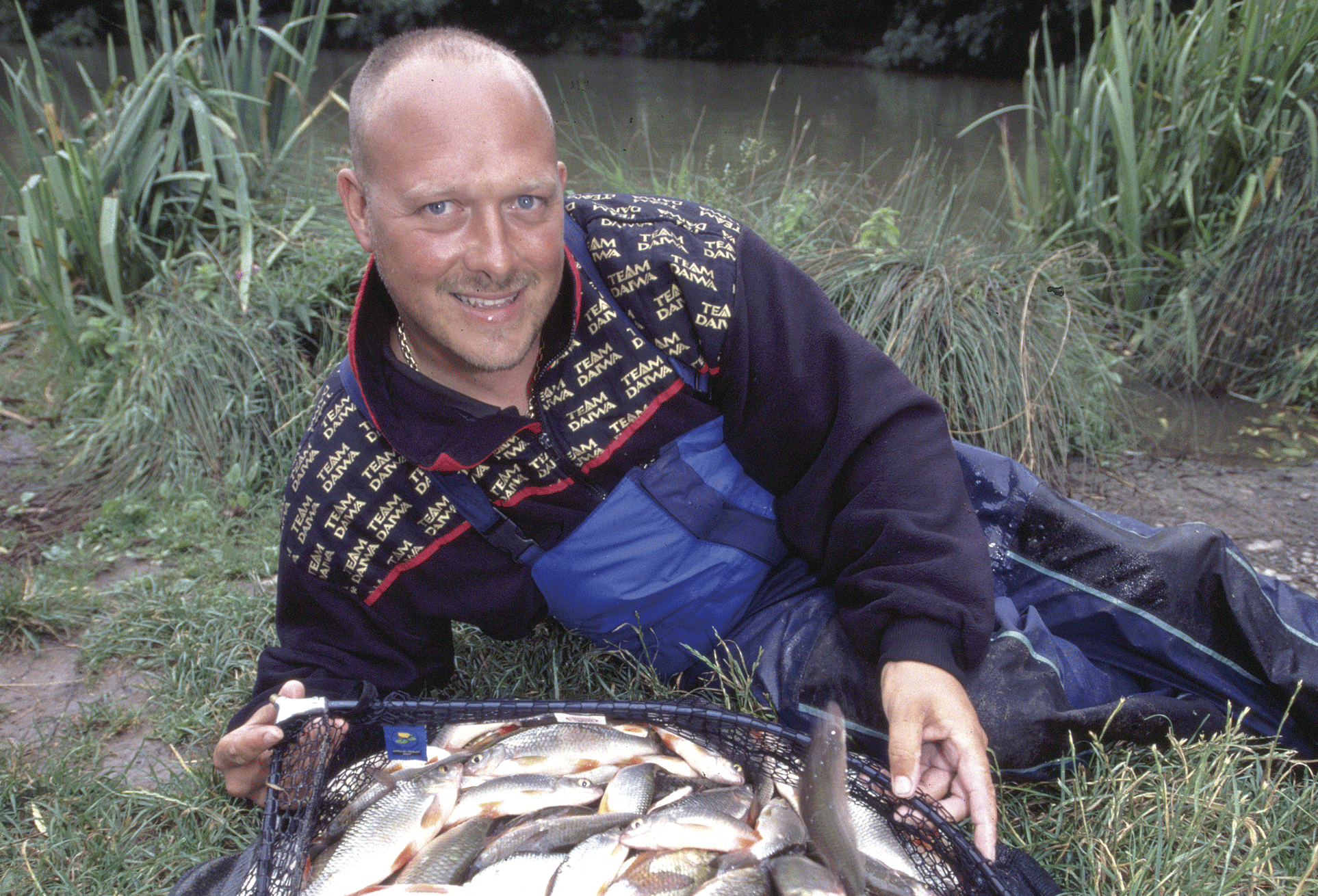